Why antenna coupler should be used

Considerations when antenna coupler is used 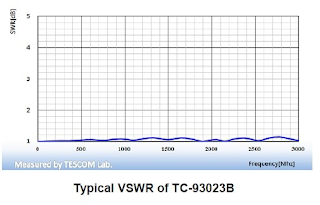 In conclusion, not only antenna couplers' performances should be considered, but also absorbency performances or size of a shield box should be strongly considered due to the properties of RF. A good shield boxes can absorb inside RF signals effectively and give you the high reliable test result.
Antenna coupler selection guideline

Antenna coupler would be chosen to make the most optimized test environments from considerations of test purposes, characteristics of antenna coupler, size and shape of DUT. Generally, a bigger antenna coupler has a slightly better performance than a smaller one has, but it requires a bigger shield box as well. For example, even though TESCOM's equi-angular spiral antenna couplers, TC-93060A and TC-93061A, have less coupling loss and do not matter of the location of DUT much, they require a big shield box due to its sensitivity to the reflected RF signals.

Hipot Test is short name of high potential (high voltage) Test and it is also known as Dielectric Withstand Test. A hipot test checks for "good isolation and safety", not a function.

Hipot test makes surety of no current will flow from one point to another point.

Hipot test is the opposite of a continuity test, but an isolation test

The hipot test is a nondestructive test that determines the adequacy of electrical insulation for the normally occurring over voltage transient. This is a high-voltage test that is applied to all devices for a specific time in order to ensure that the insulation is not marginal.

The production-line hipot test, however, is a test of the manufacturing process to determine whether the construction of a production unit is about the same as the construction of the unit that was subjected to type testing. Some of the process failures that can be detected by a production-line hipot test include, for example, a transformer wound in such a way that creepage and clearance have been reduced.

Such a failure could result from a new operator in the winding department.

HIPOT test is applied after tests such as fault condition, humidity, and vibration to determine whether any degradation has taken place.

Other examples include identifying a pinhole defect in insulation or finding an enlarged solder footprint.

The reason for using 1000 V as part of the basic formula is that the insulation in any product can be subjected to normal day-to-day transient over voltages.

Experiments and research have shown that these over voltages can be as high as 1000 V.


The test duration must be in accordance with the safety standard being used. The test time for most standards, including products covered under IEC 60950, is 1 minute.


Most modern hipot testers allow the user to set the current limit. However, if the actual leakage current of the product is known, then the hipot test current can be predicted.

The best way to identify the trip level is to test some product samples and establish an average hipot current. Once this has been achieved, then the leakage current trip level should be set to a slightly higher value than the average figure.

Another method of establishing the current trip level would be to use the following mathematical formula:  E(Hipot) / E(Leakage) = I(Hipot) / 2XI(Leakage)

The hipot tester current trip level should be set high enough to avoid nuisance failure related to leakage current and, at the same time, low enough not to overlook a true breakdown in insulation.


The majority of safety standards allow the use of either ac or dc voltage for a hipot test.

When using ac test voltage, the insulation in question is being stressed most when the voltage is at its peak, i.e., either at the positive or negative peak of the sine wave.


Advantages and Disadvantages of use DC Voltage for Hipot Test


One of the advantages of using a dc test voltage is that the leakage current trip can be set to a much lower value than that of an ac test voltage. This would allow a manufacturer to filter those products that have marginal insulation, which would have been passed by an ac tester.

When using a dc hipot tester, the capacitors in the circuit could be highly charged and, therefore, a safe-discharge device or setup is needed. However, it is a good practice to always ensure that a product is discharged, regardless of the test voltage or its nature, before it is handled.

It applies the voltage gradually. By monitoring the current flow as voltages increase, an operator can detect a potential insulation breakdown before it occurs. A minor disadvantage of the dc hipot tester is that because dc test voltages are more difficult to generate, the cost of a dc tester may be slightly higher than that of an ac tester.

The main advantage of the dc test is DC Voltage does not produce harmful discharge as readily occur in AC.

It can be applied at higher levels without risk or injuring good insulation. This higher potential can literally "sweep-out" far more local defects.

The simple series circuit path of a local defect is more easily carbonized or reduced in resistance by the dc leakage current than by ac, and the lower the fault path resistance becomes, the more the leakage current increased, thus producing a "snow balling" effect which leads to the small visible dielectric puncture usually observed. Since the dc is free of capacitive division, it is more effective in picking out mechanical damage as well as inclusions or areas in the dielectric which have lower resistance.


Advantages and Disadvantages of use AC Voltage for Hipot Test


One of the advantages of an ac hipot test is that it can check both voltage polarities, whereas a dc test charges the insulation in only one polarity. This may become a concern for products that actually use ac voltage for their normal operation. The test setup and procedures are identical for both ac and dc hipot tests.

A minor disadvantage of the ac hipot tester is that if the circuit under test has large values of Y capacitors, then, depending on the current trip setting of the hipot tester, the ac tester could indicate a failure. Most safety standards allow the user to disconnect the Y capacitors prior to testing or, alternatively, to use a dc hipot tester.

The dc hipot tester would not indicate the failure of a unit even with high Y capacitors because the Y capacitors see the voltage but don't pass any current.


During a HIPOT Test, There may be at some risk so to minimize risk of injury from electrical shock make sure HIPOT equipment follows these guidelines:

-------------------
Orginal linkage here with a little bit modification and thanks, and iTestGroup also provide the HiPot testing solution for your product and safety, contact with iTestGroup via sales@itestgroup.com
Posted by Colin Zhang at 6:30 AM No comments: 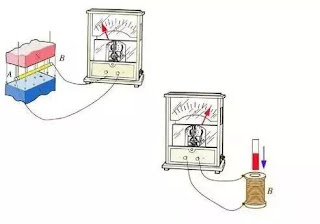 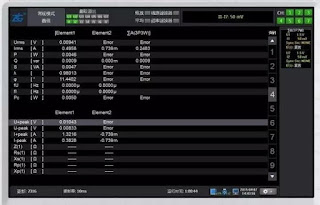 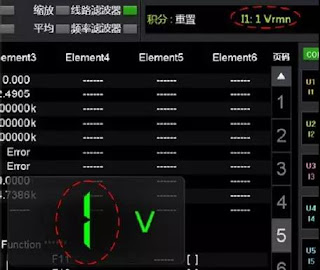 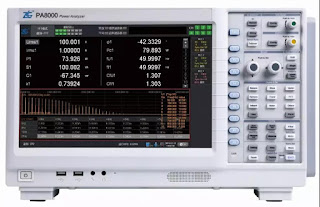 Posted by Colin Zhang at 6:34 PM No comments: